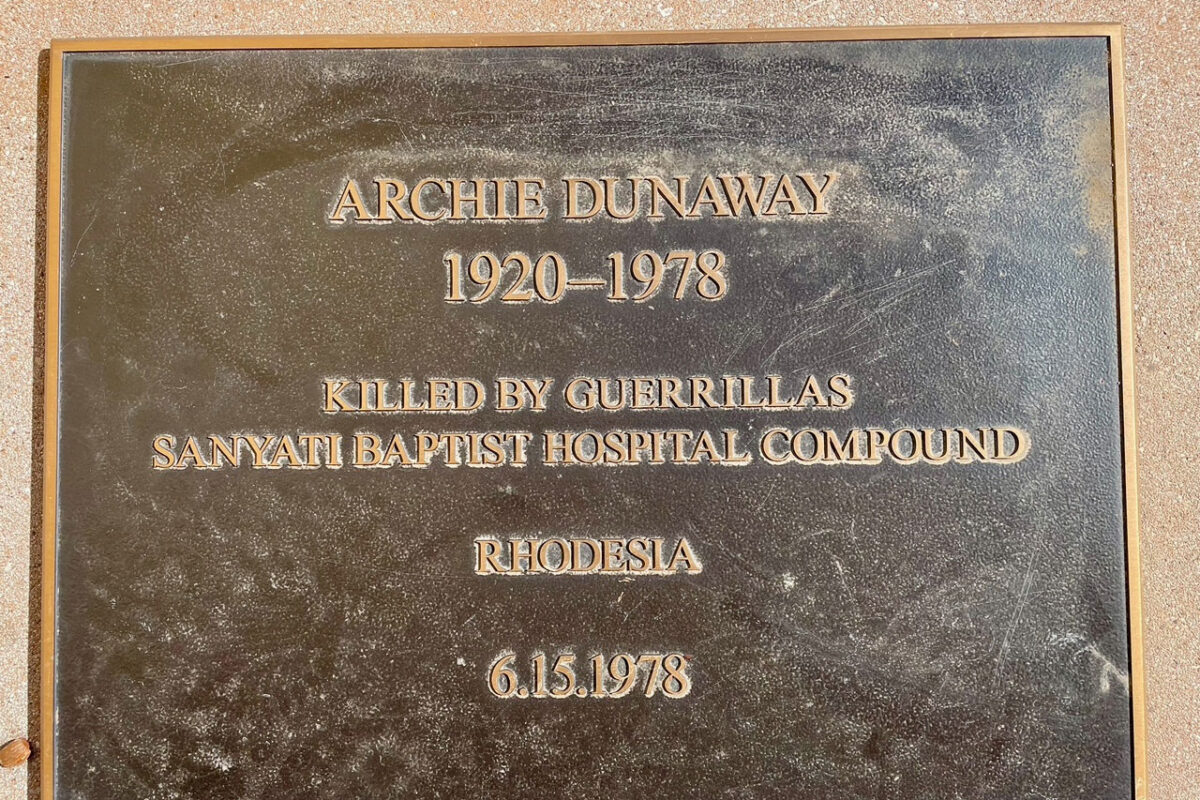 Last week I wrote to Dr. Ian Buntain, who is the Director of the World Missions Center, at Southwestern Seminary to ask about a Martyr’s Walk a friend had told about. He confirmed that there was a dedicated walkway with plaques commemorating Christian witnesses who were killed serving the Lord. I hadn’t realized this before and was glad to hear that my next door neighbor, Archie Dunaway, who had been killed during the Rhodesian civil war, was honored in the Martyr’s Walk. He not only sent me the list of the twenty five martyrs but also went outside and took a photo of Archie Dunaway’s plaque which I really appreciated and wanted to share with you. If you are ever in the Ft. Worth area you should consider stopping by Southwestern Seminary and going through this walk.

“Martyrs”: The word was originally translated from Greek as “witnesses,” but it came to refer to people who died because of their testimony. Below is a list of Baptist martyrs who should be remembered for giving their lives in the service of Jesus Christ. The Martyrs’ Walk is dedicated in honor of Myrna and John Hendrick and the Hendrick family.

Dunaway, Archie (1920-1978): Archie was killed by guerrilla soldiers while serving as an FMB (now IMB) missionary in Rhodesia (now Zimbabwe) at the Sanyati Baptist Hospital Compound. He and his wife Margaret served as missionaries to Nigeria and Rhodesia for 31 years. Previously, he pastored churches in Indiana and Tennessee.

Elliott, Larry Thomas (1943-2004), and Donna Jean Elliott (1945-2004): They were killed in a truck by gunmen in Mosul, Iraq. Larry and Jean served as IMB missionaries for almost 26 years in Honduras and for a short time in Iraq. In Iraq, they were looking for a location to provide clean drinking water. In Honduras, they planted 12 churches.